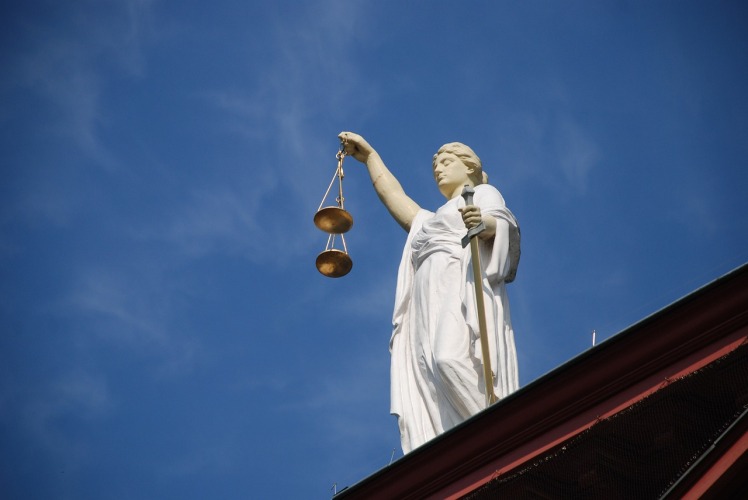 The Christian tradition has a complicated relationship with justice.

The complexities and tensions are myriad, and I have neither the historical knowledge nor the practical insight to begin solving them all. But as we move through the Christmas holiday and now Martin Luther King Jr. Day, Christians aware of the calendar must reckon with the church’s role in addressing injustice, both inside and outside her gatherings.

I was recently accused of being “political” and “leftist” and “liberal” and “ridiculous” because I promoted the idea that Christians are called to be impartial in sowing gospel seeds that grow into interwoven vines of unity among members of all nations who are gathered into Christ through faith and repentance. It hasn’t bothered me too much, because I know the Christian story, and I’m neither confused nor unclear about Jesus’ call to make disciples of all nations. But these interactions have reminded me just how many people are out there who pride themselves in being far to the right of Jesus himself.

In the famous French poem “Minuit, chrétiens,” which would become “O Holy Night,” the wine merchant Placide Cappeau wrote, Le Rédempteur a brisé toute entrave — “The Redeemer has broken every bond.” His next line? La terre est libre, et le ciel est ouvert — “The earth is free, and heaven is open.” These lines bring together what contemporary Christian theology too often separates: restoring fellowship with God, and freeing human beings from our many bonds.

Some years ago, I began seeing how the Israelites’ messianic hopes centered on their longing for worldwide justice and righteousness. The king they hoped for would make all things right. It’s so clear that it seems strange to say it out loud. But what stood out to me was that the Old Testament saints were longing for justice. They were longing for God’s king to live in their midst and save them not only from their sins but also from sin itself. They weren’t only looking for a new moral record, though they needed one desperately. They were also looking for a new moral world.

This theme is so clear throughout the Old Testament that once you see it you can’t unsee it. But if you’ve convinced yourself that the good news Jesus announced is exhausted by the offer of personal forgiveness, then you may tend to read over these cosmic prophecies as though they’re footnotes that aren’t worth exploring.

The problem is not that we emphasize personal sin, substitutionary atonement, and divine forgiveness. These matters stand at the heart of Christ’s gospel, and we have no gospel without them. We are to repent from our personal sins, put personal faith in the Lord Jesus Christ, be reconciled personally to the God who made us, and share this personal hope with all whom God gives ears to hear.

But what we must never do is to so personalize and individualize this message that we grow to care less and less about the overall condition of our world, neglecting the ongoing task of bearing witness to the righteous justice of God.

When you think about it, even our evangelism is a justice-oriented task. All men have sinned against our Creator God and plunged the world — as a whole, as well as our individual worlds — into rebellion, misery, and death. Our sin has not just severed a single strand of vertical connection between us and God. Our sin has mangled the entire web of connection between the creation and God. Thus all men need to be reconciled to God, through the atoning sacrifice of Jesus Christ; and all men need to be raised anew, through the resurrection power of his indwelling Spirit who rebirths all who believe. Sharing the gospel is an invitation to submit to God’s “judging righteousness,” to embrace his “saving righteousness,” and to then live righteous lives as an overflow of his free salvation.¹ We are calling people — indeed, all of creation — back to the righteous justice of God.

I don’t write today to tell the church or every individual Christian how to go about the task of pursuing God’s justice in our lives, our churches, our communities, and our world. I write today only to give this encouragement: Before we ask ourselves what we’re supposed to do about the rampant injustices that plague our world and that will continue plaguing our world until Christ returns, we have to first ask ourselves if we really care. Are we content with personally escaping the wrath of God, or is the indwelling Holy Spirit — the Spirit of Christ himself — shaping and warming our hearts until they look like his?

Do we care about the abused orphan and the neglected widow? Do we care about the wrongfully imprisoned? Do we ache for our brothers and sisters in Christ being persecuted around the globe? Do we care about lying politicians and narcissistic rulers? Are we concerned about violent uprisings against God’s established authorities, and equally disturbed by the abuses of those same authorities? Are injustice and partiality and powerlust and racism and abortion still enemies to us, or are these uncomfortable but accepted houseguests with whom we’ve grown accustomed?

“What should we do?” must be preceded by “Do we care?” Once we care, we will begin to learn. As we learn, we will be compelled to pray. When we begin to pray, God will hear. And as God hears, he will convict and teach and correct and guide — through his Word, by his Spirit, in his church, helping us enact and spread his justice throughout the expanding concentric circles where he’s granted each of us influence.

On this journey, we won’t always know exactly what to do. But we can always keep before our eyes a view of God’s future kingdom. Psalm 72 unfurls a tapestry portraying what a world reigned by God’s king would look like. It gives us something to hope for, because only Jesus Christ himself can (and will) execute this ideal vision. But it also gives us something to seek in our own spheres of influence, as we labor as royal ambassadors of our now-and-coming king.

Israel’s messianic hope was clearly saturated with the hope for justice. And the church, the very body of that Messiah who came and will come again, shares this vision and hope. When calibrated rightly, the church not only celebrates the redemption Christ began bringing at his first coming, or anticipates the redemption Christ will finish bringing at his second coming, but also seeks to be an instrument of this redemption in the here and now.

This redemption — this divine act of freeing people from their bondage to sin and its effects — must take thorough hold in the church. Why? Because the church is the foremost display of God’s loving justice, the show of God’s redemptive show-and-tell.

The church is the already of God’s not-yet kingdom. We are the people in whom the reign of God is breaking into the world right now. The church is God’s mighty gathering of Jew and Gentile, united by faith to Christ the head, members of one unified body. The church is called to incorporate all ethnicities, all ages, all social classes, and both genders into an omni-ethnic, omni-generational, omni-class, male-and-female community united in Christ. This community holds to the sound doctrine handed down from Jesus to the apostles, gathers together to fellowship and worship, celebrates baptism and the Lord’s supper as grace-giving symbols of the gospel, sanctifies and disciplines its members in holy love, and testifies with one voice that Jesus is King, Lord, and Savior.

This church, when healthy, then becomes a prophetic voice within the culture, in deed as well as word. The church is Christ’s declaration that the principalities and powers have been defeated, that sinful rebels can be reconciled to God, that the oppressive curse of sin will be rolled back, and that outposts of God’s kingdom of light are continuing to press forward as the tip of the spear into stubborn kingdoms of darkness.

The Hope of Justice

This King has come, and is coming again. And between his advents, his inter-advent people gather as one body in the church. We gather as a royal people with a royal head building a counter-kingdom in a world of unjust kingdoms. We don’t just have a legal arm of Christian lawyers and political operatives that flexes every time the church herself faces threats from the kingdoms around us. We’re meant to be the very embodiment of a just society, a righteous community, a rebirthed humanity reordered by the words and ways of the King himself.

Truly he taught us to love one another;
His law is love, and his gospel is peace.
Chains shall he break, for the slave is our brother,
And in his name, all oppression shall cease.