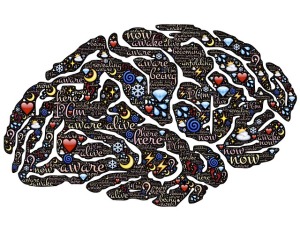 A mind is a terrible thing to waste. It’s been said that the intellectual life, or the thinking life, is nothing more than a mind awake. And who in their right mind could bear to live as a mind asleep?

To think is one of the highest privileges humanity possesses. Made in God’s image to rule righteously, graciously, and wisely over his world, mankind was granted mental faculties that defy the most imaginative technological advances and the most stunning human innovations. In fact, our mental faculties produce both the technological advances that have been made along with the imaginations that dream up future advances.

But the mind is not just a mechanistic, functional tool for innovation. It is a magisterial organism brimming with life, vitality, creativity, and ten thousand more qualities that could not be explained were they not experienced every day in the sheer ecstasy of thinking.

Historian Mark Noll has not offered too severe a judgment when he says that the scandal of the evangelical mind is that there is no evangelical mind. We have exchanged the lush rainforest of thought for the grainy desert of mindlessness. We have realized far too little and far too late that ceasing to think means ceasing to live. Yes, there is far more to life than thinking, but there is never less. Yes, there is far more to human flourishing than intellect, but where intellect is possible and not pursued, the decay of death follows swiftly behind.

Thinking deeply and well is a high act of worship, and one of the most noble activities in which a human being can engage.

So, your days may be long and your burdens heavy; your tasks may seem mundane and the status quo inescapable. It may seem as though the ceiling’s the limit, the sky’s out of reach, and the job at hand is simply to do the job at hand. But if you want to recover, in your everyday functioning, the high and noble calling of humanity, then you can start afresh with this: Think. Think about anything. Think about everything. Because anything, rightly thought about, is worth thinking about. And you can’t rightly think about it until you think about it.

So think, and think again, and think some more. And interweave your thinking with doing, and singing, and creating, and eating, and befriending, and conversing, and living. But in all you do, whatever you do, think. Think, and be human again.