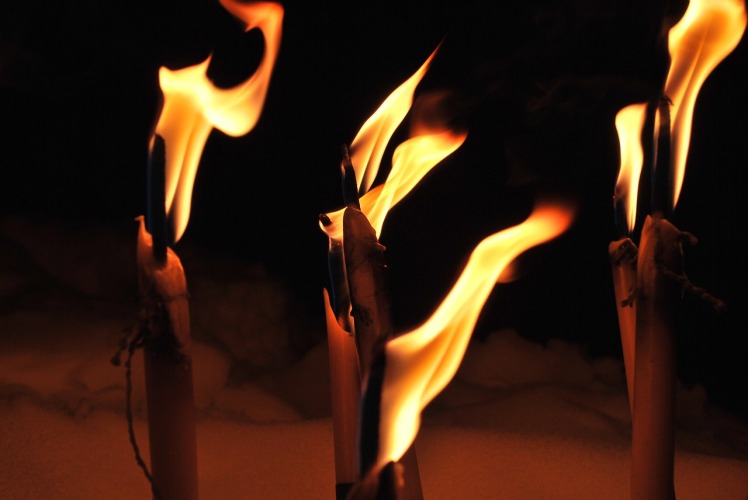 This weekend, every major news network is covering the thousands of white supremacists who’ve descended on Charlottesville, Virginia. Their local micro-protest is the removal of Confederate statues and names from public parks and spaces. But their larger macro-protest is the increasing diversity of a nation they feel is squeezing out the white race, whom they deem superior.

These groups, whether the alt-right or white supremacists or the Ku Klux Klan, have gained renewed prominence in recent years. They’re not new, and the volume on their satanic views was turned up well before this weekend.

So why has this particular event stirred such publicity and unrest? What’s making this focused gathering so visceral and disturbing?

This weekend, these groups have gathered to embody their beliefs. This is not an online screed or a social media push or even a local gathering, but a large-scale demonstration designed to garner national attention and make a public statement. This is not tell, but show.

In response, yes, Christians must denounce and condemn these demonstrations and the beliefs from which they rise, because they cut jaggedly across the grain of the Christian Scriptures, the teachings of Jesus, and the trajectory of the Christian story.

We must assume nothing and teach everything.

But we cannot be content with teaching or writing or speaking out.

One reason these displays are so offensive is that these white supremacists have gathered together, in public, to corporately embody their beliefs. They have sacrificed time, energy, money, and public reputation to declare their demonic dogma before a college town, a state university, and now a watching nation.

In response, the church must speak and teach and confront and counter-protest, but we will have little credibility if we fail to match gathering with gathering, symbol with symbol, liturgy with liturgy. We too must embody our beliefs through local churches filled with gospel priorities and kingdom diversity and multiethnic unity as we gather as one body in Christ.

These kinds of gatherings will be difficult to cultivate, because in every one of our hearts resides the sinful seeds of fear or suspicion or judgment or simple neglect of the other. There are some non-moral barriers, too, like language divides. But even in diverse neighborhoods and communities, where the same language predominates, functional segregation is shamefully alive and well in far too many of our churches.

So we must labor to cultivate communities where whiteness and blackness and brownness are never a barrier to entry or belonging, where we hear from one another and heed the Scriptures in all humility, where we gather around the Lord’s table and partake together of one broken body and one shared cup, and where we harmonize our multinational voices in praise of the one who through his blood ransomed sinners from every tribe, tongue, people, and nation (Revelation 5:9).

None of this will be easy—the Christian ideal never is in this world—but from the earliest chapters of the Christian story, it is our calling.

Six years ago our family adopted three children from Rwanda. During our time in the country, we toured the Kigali Genocide Memorial, which remembers the indescribable Rwandan genocide of 1994. Our Rwandan taxi driver, a tough and tender man named Sebastian, told me he had joined a military resistance and fired heavy artillery on the butchers wreaking havoc in the city and the countryside. He never spoke in detail, but he had been deeply marked by what he’d seen and experienced.

I knew Sebastian had visited the memorial many times, with many different tourists and visitors. But in the middle of our tour, I still found him standing silently near a display, deep in thought. As I walked up, with a similarly somber look on my own face, he slowly shook his head and asked me a rhetorical question I’ll never forget:

“Can you believe what happened in this place?”

Christians across our nation are asking the present-tense version of this same question today. Observing the demonic hate being spewed in a small Virginia town this weekend, we’re asking ourselves:

“Can you believe what’s happening in this place?”

My prayer is for peace and safety in Charlottesville this weekend, for the radical repentance and conversion of blinded racists, for racial reconciliation throughout our fractured country, for wisdom for our planet’s leaders in a complex age of globalization, and for the transforming gospel of Jesus Christ to take root in hearts throughout our nation.

But for tomorrow—the day the church gathers to celebrate the resurrection of our Jewish Savior from the dead—I pray that buildings throughout our land would be filled with Jesus-worshiping members of every race singing the same songs, praying the same prayers, hearing the same reconciling gospel, and sharing one unifying meal at a common, multiethnic table. And I pray that in the years and decades to come, fascinated onlookers might watch our colorful church parking lots and our multiethnic worship services and our happily diverse dinner tables and ask each other:

“Can you believe what’s happening in this place?”

2 thoughts on “Charlottesville, Racism, and the Church of Jesus Christ”