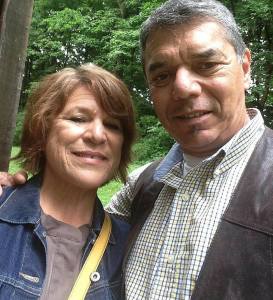 Michael Simon Padilla (1954-2016) died suddenly last Tuesday, April 26, 2016. I knew of Mike’s Christian kindness from his friendly greetings that radiated across the Southern Seminary campus. I knew of Mike’s strong marriage from a female staff member who’s been mentored by his godly wife. And I knew of Mike’s heroic hospitality from one of our college students who lost his mother to cancer fourteen years ago and found himself and his young siblings being schooled and cared for and half-raised by the Padilla family as the Padilla’s laid down their lives during a hurting family’s years of deepest need.

But I still knew very little (as I suspected) about the constant, faithful, remarkable Christian character of the man they called “Sarge.” Until Sunday night.

At the memorial service, his son Michael Jr. opened with a Scripture reading and prayer. As he talked about the challenge of selecting a passage to read, he mentioned that while the Psalms had been comforting, he had finally settled on Philippians. Why? Because Mike Sr. had memorized the book when he was younger, laminating cards and taking them to work. Michael Jr. had seen the effects throughout his father’s life, so as he was preparing for the memorial service, he had started reading Philippians. What he said next, I’ll never forget:

“I saw my father in every verse.”

As he began reading Philippians 1:1–2:11, I couldn’t escape the power of that kind of heritage. To be seen in Scripture, to illuminate the Word of God by your very life, to embody the sacred truths of the kingdom — what more powerful memorial can a man establish? For a son to read Philippians and see the reflection of his father in every verse — what more enduring legacy can a man leave?

A long row of family members then began sharing about Mike Sr. as a husband, military man, father, father-in-law, and surrogate father, and in each of these earthly roles, a brilliant light of Christian faithfulness whose legacy will endure far beyond the sudden end of his earthly life. As they shared, I was struck by the profound blend of beauty, simplicity, and consistency that marked the ripened fruits of Mike’s life-in-Christ.

I wasn’t close to Mike Padilla, but I’m so grateful God allowed me to know him. I knew I would be moved by what I heard at his memorial service, but I couldn’t have predicted just how remarkably his life was marked by God’s grace.

Now I, too, feel like I’ve lost a father in the faith. But I am thanking God for the enduring legacy he leaves. I am inspired and emboldened to follow him as he followed Christ. And I am praying that one day, when my own grown children read the Scriptures, they might echo what Michael Padilla Jr. said on Sunday night:

“I saw my father in every verse.”