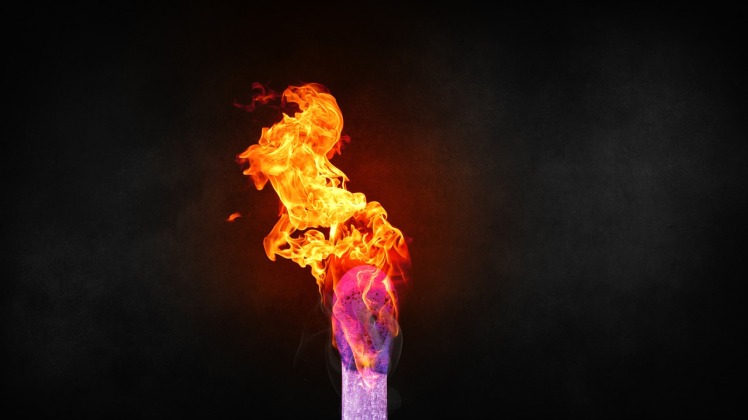 One hour ago I walked out of my final student leadership meeting after fourteen years of full-time Christian college ministry. It’s late, tomorrow’s a packed day, and I should head straight to bed. But after twenty-eight semesters of a college schedule, what’s one more reflective jaunt into the a.m.?

Each year, on a Sunday night late in April, the President’s Reception Room on the campus of Southern Seminary plays host to one of the richest atmospheres I’ve ever experienced. For a single hour, a Spirit-distilled love and affection and kindness and honor fills the air, circulates in the vents, drips from the ceiling, soaks the carpet, and wiggles its way into every corner and crevice of the room.

It’s our annual Pass-the-Torch Meeting, the sole hour when our current student leadership team gathers with next year’s team. The purpose is simple: to pass on the spirit of brotherly love, sweet unity, and servant leadership that pervades each generation of student leaders who serve to cultivate biblical community on the campus of Boyce College. The agenda is just as simple: we make a few announcements, then turn a bunch of Bible college students loose to praise, thank, and honor each other.

We go by ministry position. Everyone who’s served in a particular position for the past year, or who will hold that position in the coming year, stands. Those seated look around, take in the sight, and let waves of appreciation roll over their hearts as they applaud their friends and partners in ministry. Then as soon as the team sits down, hands fire violently into the air as teammates desperate for the chance to honor one of their brothers or sisters fight to “outdo one another in showing honor” (Romans 12:10).

Standing up front, tasked with calling on students desperate to praise each other, I have the easiest hard job in the world.

Chad tells Josh that Josh has become like the brother he lost to an accident in childhood. Bethany praises three close friends on the activities team because she can’t choose just one. Kyle tells the room that he grew up with a sister, and that Seth has become the answer to his boyhood prayers for a brother. Students weep as they express their love and appreciation for each other.

With hands raised high throughout the room and eyes pleading with me for the opportunity to honor someone, I have to cut it short and move on to the next group. We would be here all night if we had the time.

These students are best men and maids of honor in each other’s upcoming weddings. They’re co-laborers and confidantes, best friends and spiritual siblings, providentially placed partners in ministry whose friendships have been forged in the fires of shared sanctification and tested in the trenches of young ministry. They speak glowingly (as they do each year) of each other’s gifts and character, of hidden trials and obvious growth, and especially of the love and care and friendship and affection and intimacy they share. Quiet servants are lifted high, as it will be on the last day. Quirky personalities are called beloved. Consistent character traits are highlighted for all to see. The entire ripened list of fruits in Galatians 5:22-23 is laid out before us, with personal examples of each, in our short hour together.

I’ve often told people that my time as Director of Student Life at Boyce College has not been marked by leadership; I’ve just been dragged along in the wake of what God’s doing. Sunday night was just another round of evidence.

We finish the evening reading 2 Kings 2:1-14, the account of Elijah being taken to heaven and Elisha picking up the mantle and receiving a double portion of his mentor’s spirit. I read from the brand new Bible my staff just gave me as a departing gift at Friday night’s banquet. It’s the first time I’ve ever read from the crisp new pages of this goatskin Bible, making these fourteen verses both ancient and fresh all at the same time.

Reading this story aloud once again, at the end of my final student leadership meeting, it struck me that the torch we’re passing is not just a mission statement, not just a set of core values, not even just the memories and legacies that filled the room tonight. The torch we carry and share is the burning flame of the very Spirit of the living God. This Spirit rushed upon Elijah, empowered Elisha, and flames to life in the heart of every person who believes the gospel and joins the new covenant family of God. This Spirit has lived within every team of students I’ve been privileged to serve alongside, and he will continue purifying and ripening and emboldening and gifting the generations to come, till he gives his final groan (Romans 8:22, 23, 26) and breathes the last new creation into life.